What a journey home to Israel after 4 long years.  Israel has knocked down COVID and has only about 200 cases in the entire country.  They are open everywhere, kids are in school, and the mask mandate is almost gone!  Here's what we needed to do:

1) Get permission to enter Israel - fill out a form

3)  Be fully vaccinated - upload your proof, sign a form online

4) Get a PCR test within 72 hours of getting on the plane.  Bring the test result.

5) Make an appointment for a PCR  test at Ben Gurion, and pay $25 after filling out the form.

6) Bring copies of all forms, COVID card, tests, passport and proof of where you will stay during quarantine (not allowed out of your room there).

8) Wait in quarantine until receiving a negative PCR result and a positive serology result.

That's it.  Then you are in!  Whew!  The good news is that I now know that I am vaccinated, not covid positive, and have the antibodies.  Anything to keep Israel safe!

Now on to the itinerary!

We landed at 9:35 p.m., and for once I was able to sleep on the plane!  Our first stop was Ben Gurion airport, where we had to pass customs control and take a very thorough PCR test (both cheeks, both nostrils!). 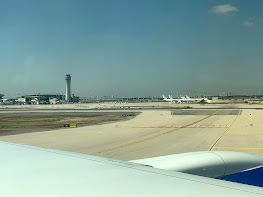 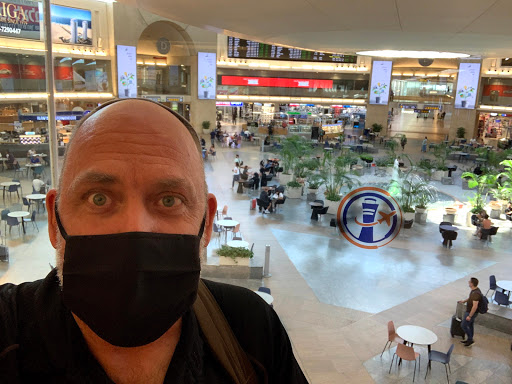 Have you ever seen the entry hall so empty?? Average Israeli's were gawking at us as we made our way out of the airport and onto our tourbus.... as if to say, "look!  the tourists are back!  the tourists are back!"  Well, it is a working trip, but they aren't wrong.  Ironically a young Haredi couple stopped and took our picture.
Next stop, Serology Testing.
So, if you know Israel it is based on family systems.  People know eachother, or know someone who knows you, and so on.  Through a federation connection to the husband of a person, we wound up welcomed at a private home turned into flebotomy clinique!  25 blood draws later, our specimins were being scootered directly to the hospital lab and processed while we headed to the "quarantine" in a private dining room!  Again, Israel every step was thrilled to see us and also had no other travellers to dote over.  It was a nice combination.
Is this your last experience of a blood draw at Quest Diagnostics??
Welcome to Mevasseret Tzion, a beautiful little town just outside of Jersualem. 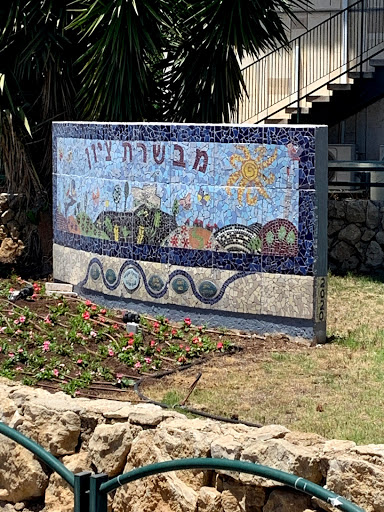 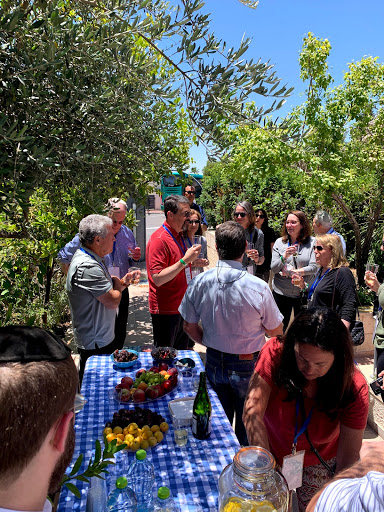 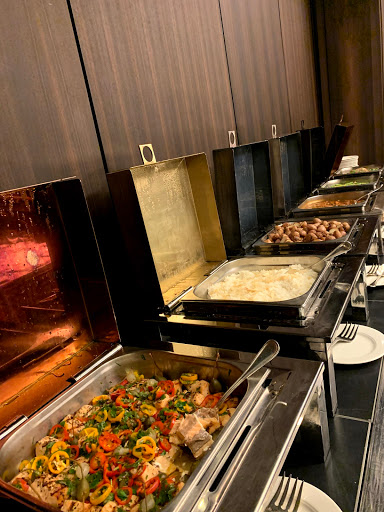 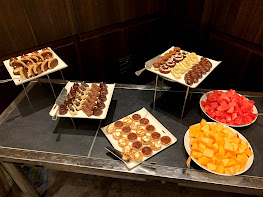 Thankfully, all 25 travelers passed the antibodies test, and we were released from quarantine officially.  Next stop, a meeting with Kenesset Member (Likkud) Avi Ditrich. 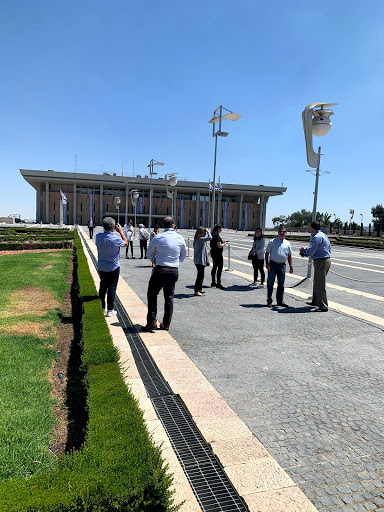 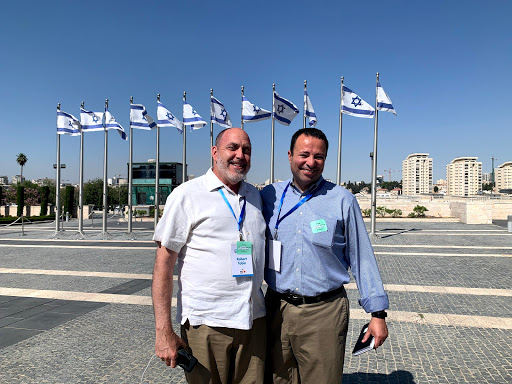 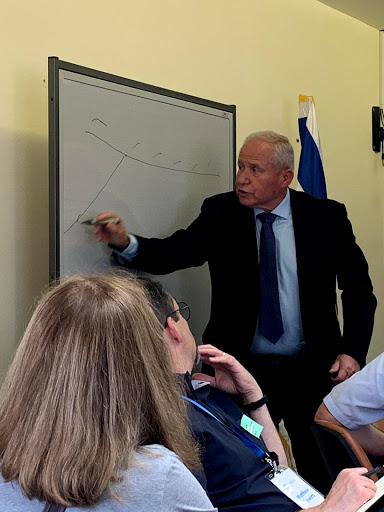 This was a tough one for me, as MK Ditrich is an old school Likkudnik to be sure.  He is a former everything and anything in the Israeli security system, from Gaza to the Shin Beit.  He has 50 years service to the country, and has no hint of illusions or hope for anything but the security that Israel can achieve on its own by force of will and talent.  That is to say, there was nothing in the presentation except a completely accurate description of what happened in the past month, and - regarding Hamas - the past 30 years.  I am still a 2 state solution person, as are a majority of Israelis - but the question remains who will represent Israel and the Palestinians in that process.  The status quo is powerful, and serves the needs of Hamas, the PA and the outgoing Israeli government.  That is why it is entrenched.
What will the new government bring?  Probably nothing big.  Peace process people know that Bennet will not give land for peace.  Settlers on the right know that Lapid and the others on the left will not allow further annexation or building.  Raam, the Arab party in the government, will focus on Arab citizens of Israel - after all, why should they suffer just because the PA and Hamas continue to perpetuate the system?
We heard a very credible, very knowledgeable person today - with whom I have little or nothing in common.  But that's what Israel and democracy are - people who share a love of the same land, and disagree about how to best guarantee its future.
So, on the way out, I took another picture: 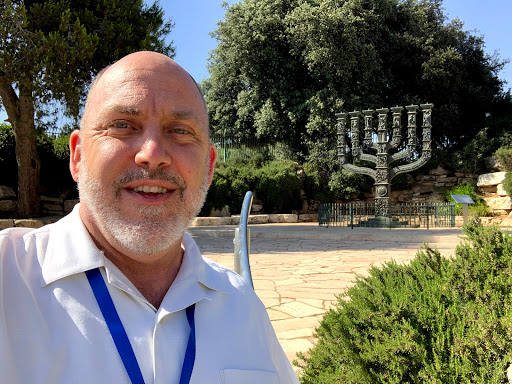 Classic.
Next Stop:  The national police training academy in Beit Shemesh, to been with the #2 police officer of the country and to learn about the history of policing in Israel. 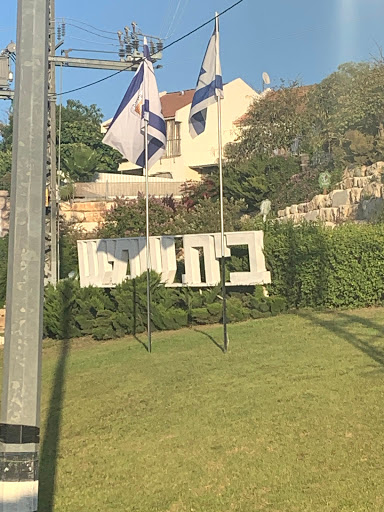 20% of Israel is Arab, and 6% of the Israeli police force is Arab.  The recent war resulted in unheard of civil-conflict in the streets of mixed cities.  Attempted lynchings, shootings, arson, destruction, violence, between Arab and Jewish citizens.  This was a game changer, with people on both sides being arrested and pursued by the police to restore order.  We will be in the mixed towns of Lod and Abu Gosh on Wednesday, and I need to hear from the people who live there.  How can we, within Israel, pursue a mixed society.
Leaving Beit Shemesh, we returned to Jerusalem, passing along the Sheikh Jarah and other East Jerusalem neighborhoods on the way to dinner and the western wall. 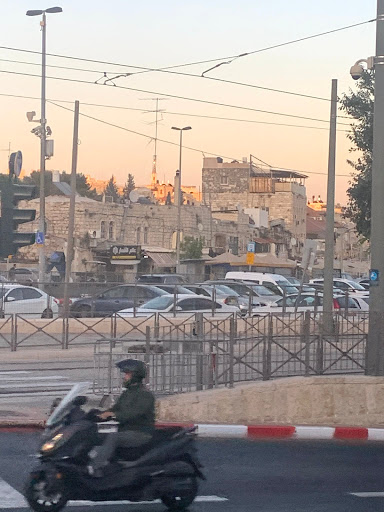 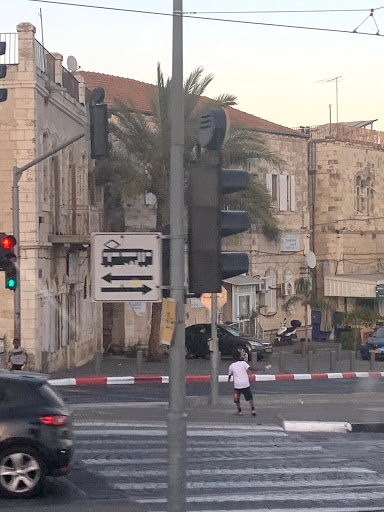 Dinner included a briefing from Gil Hoffman - check out my RabbiRobert Tobin Facebook page for a picture and reflections and a LIVE recording I made at the western wall.
Dinner at Touro: 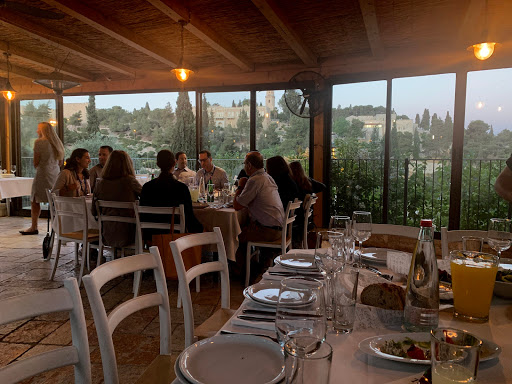 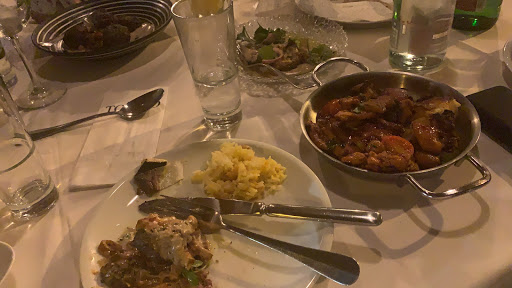 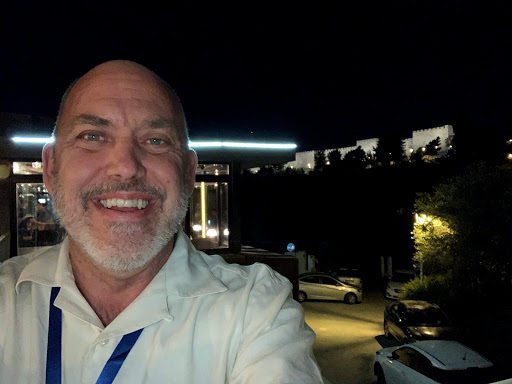 And of course, we finished at the Western Wall, were prayer are heard most clearly. 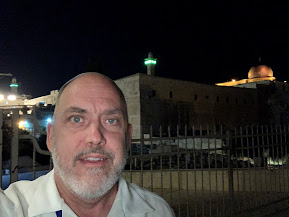 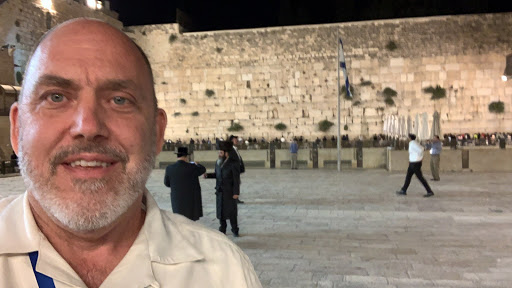 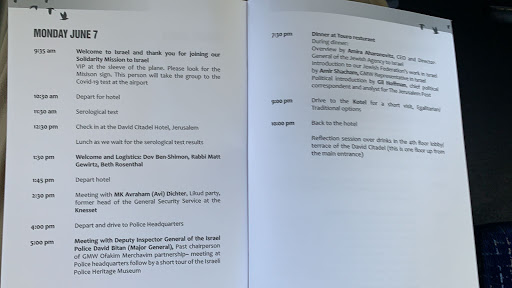 Posted by Reasonable Judaism at 3:15 PM