After 3 hours delayed on the airplane in Newark, we had an uneventful flight to Tel Aviv's Ben Gurion airport!

Our first stop was Yad VaShem, the museum of the Shoah - the murder of 6 million Jews in World War II.  Our question is "What is Zionism Today?" One answer is "The commitment to establish a safe haven for Jews in a Jewish State."

Justifying Israel with the Holocaust is a tricky business at best.  Is it a good enough reason?  Absolutely.  The Jewish people has a right to self defense, and to live in peace knowing that the other nations of the world have all eventually failed to protect us as citizens of those countries.

Yet the argument against the State of Israel is also empowered by the Holocaust as a rationale for establishing the State of Israel. After all, they say, it was Europe's sin - so Europe should pay the price and give up their own land for the Jews.  It is a strong argument, and impossible to debate, if the Holocaust is the justification for Israel.

The truth is that Zionism was alive and well long before Hitler, and while the world gained an added measure of sympathy for the Zionist cause in the wake of the Holocaust, that is not the main reason why Israel exists.... but more on that in the days to come.

Every time I travel to Israel, I am impressed by the ongoing building of infrastructure. From a new tower at the airport, to the renovation of the old railway station, to the cutting of new highway tunnels to the new city, the country is alive and growing in every direction.  It is encouraging and a source of pride.

Leaving Yad VaShem, we went to Talpiot to the Haas Promenade.  There we saw the city of Jerusalem for the first time from a beautiful vista.  Pausing to read from Psalms 48:12 "Walk about Zion and encircle her, count her towers. Consider well her ramparts and go through her citadels so that you may recount her to future generations," we lifted a cup of joy and said the shehechiyanu prayer.  Blessed are You oh Lord our God, master of the universe, who has sustained us, keeping us in life and bringing us to this sacred moment.

From Jerusalem with love, 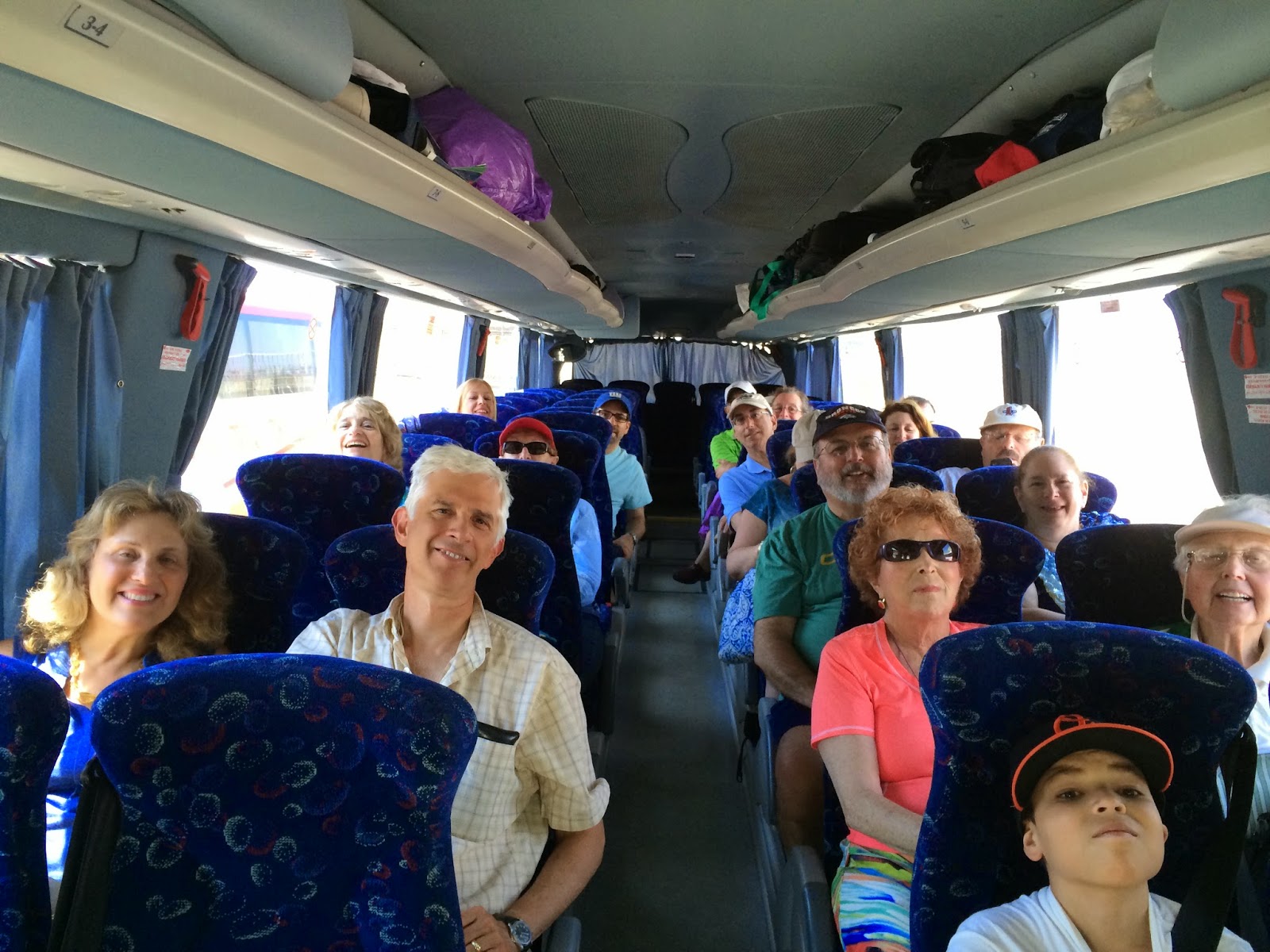 B'nai Shalom on the bus. "Moving right along..." 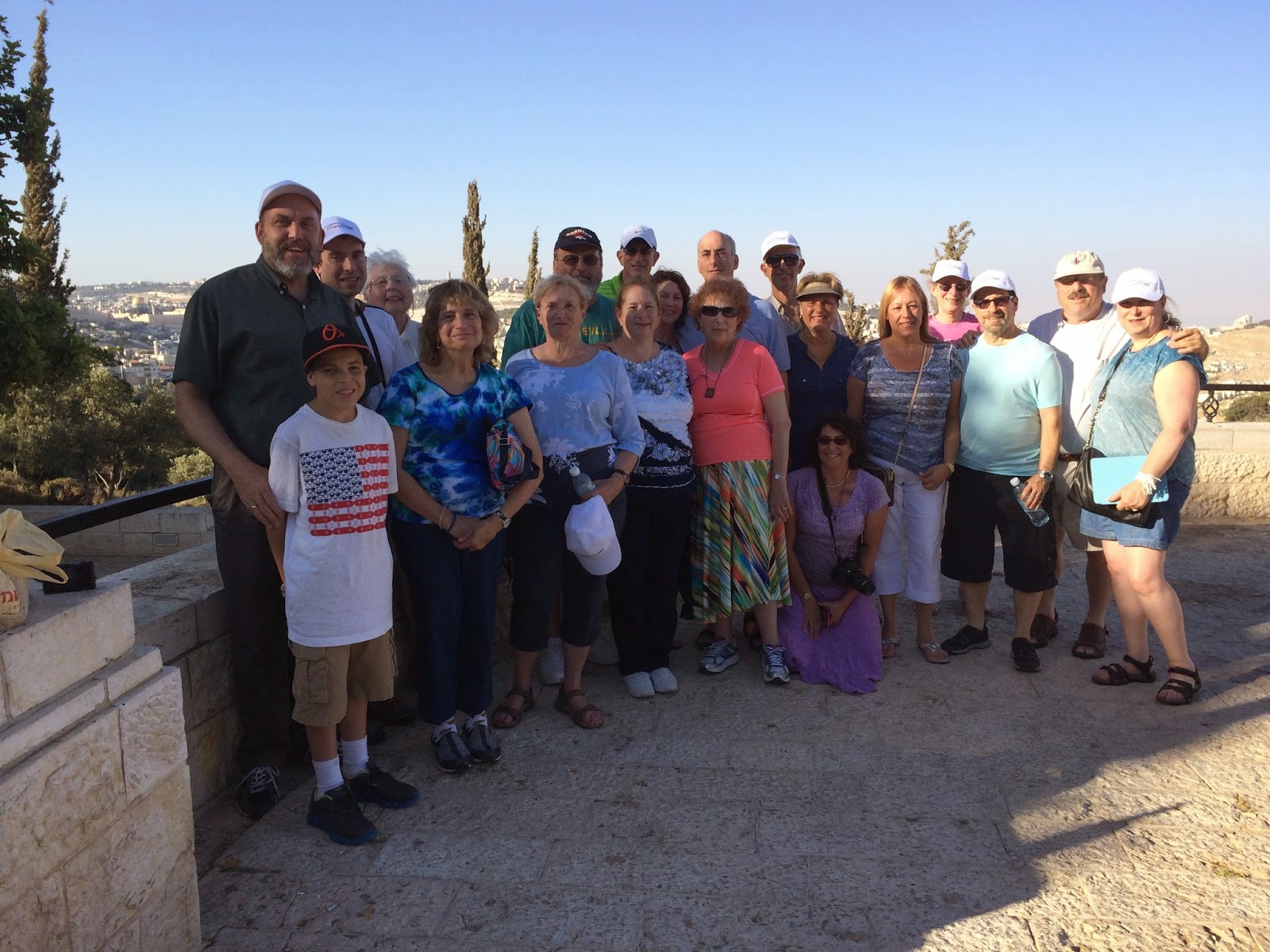 Overlooking the old city of Jerusalem, 5774. 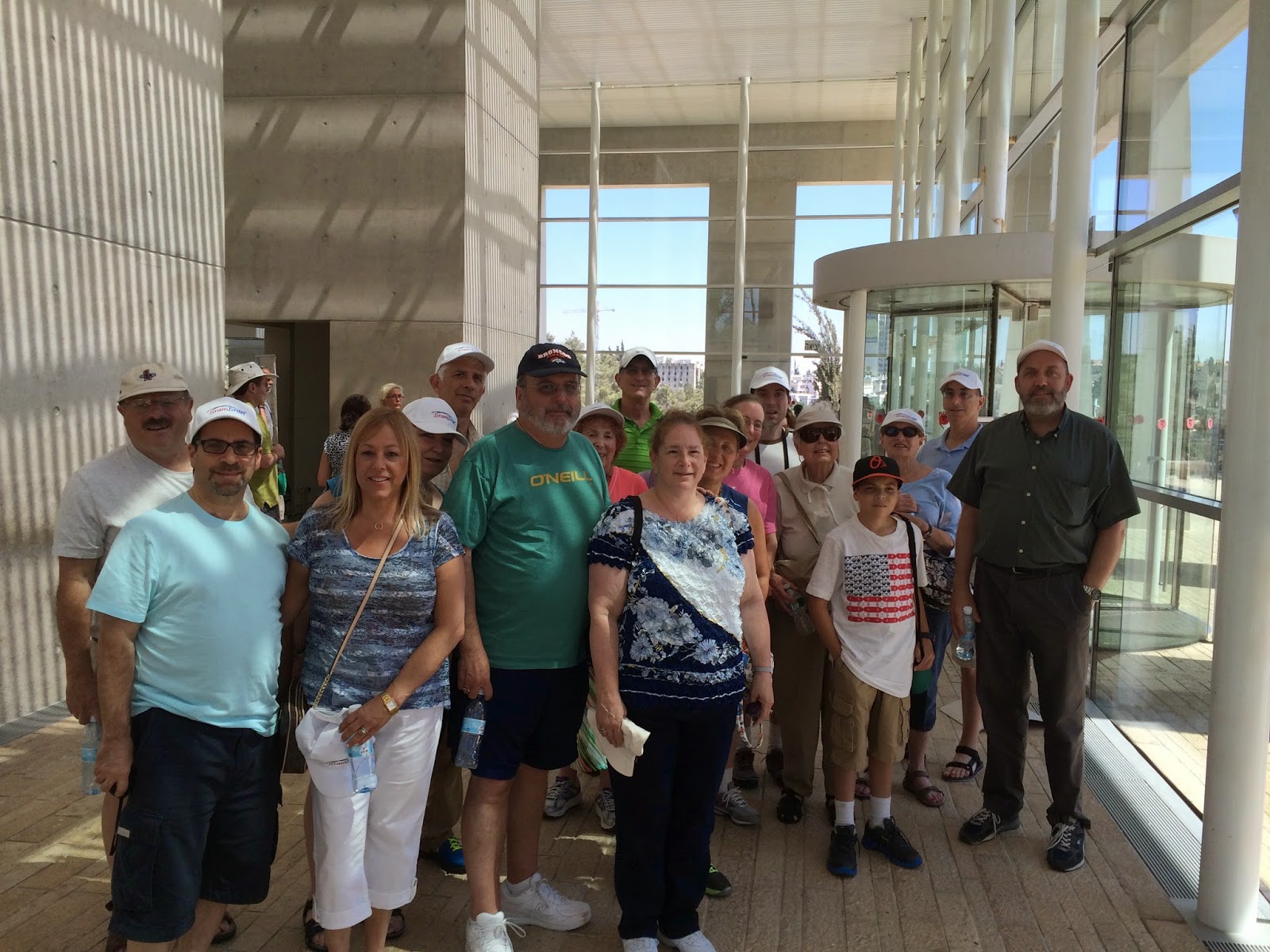 
UPDATE:  Sirens in Jerusalem at 10:03 p.m., and all is safe. Not to worry in the least, as we continue our trip in the old city tomorrow. Later reports indicated that a missile fell in an open area near Ein Keren, outside of the main city.  Iron Dome tracks missiles and projects their trajectory.  Missiles aimed at open areas are allowed to land, as destroying missiles causes shrapnel to fall in a larger and less predictable area.  If the trajectory looks to be at or near developed land, the defense missiles are launched to intercept the incoming missiles. With an 85% success rate, and a very attentive population below, the system is miraculous.

Posted by Reasonable Judaism at 11:56 AM