We began the day today with a pilgrimage of sorts to Independence Hall - Heikhal Ha'atzma'ut. This building was Meir Dizengoff's original home from the first settlement outside the walls of Old Yafo, and was a clear and new beginning of a new city. 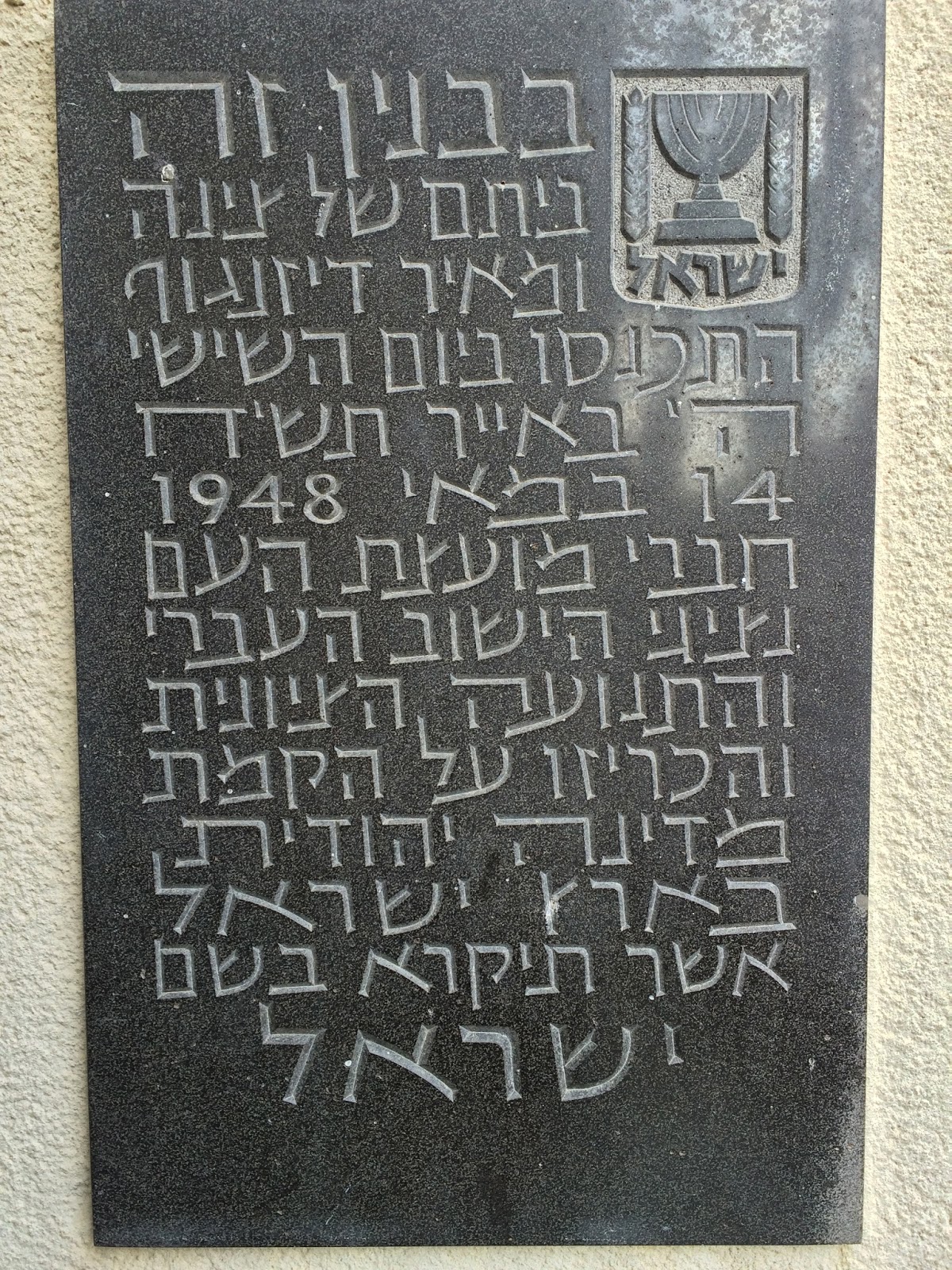 After a short film about the building.... 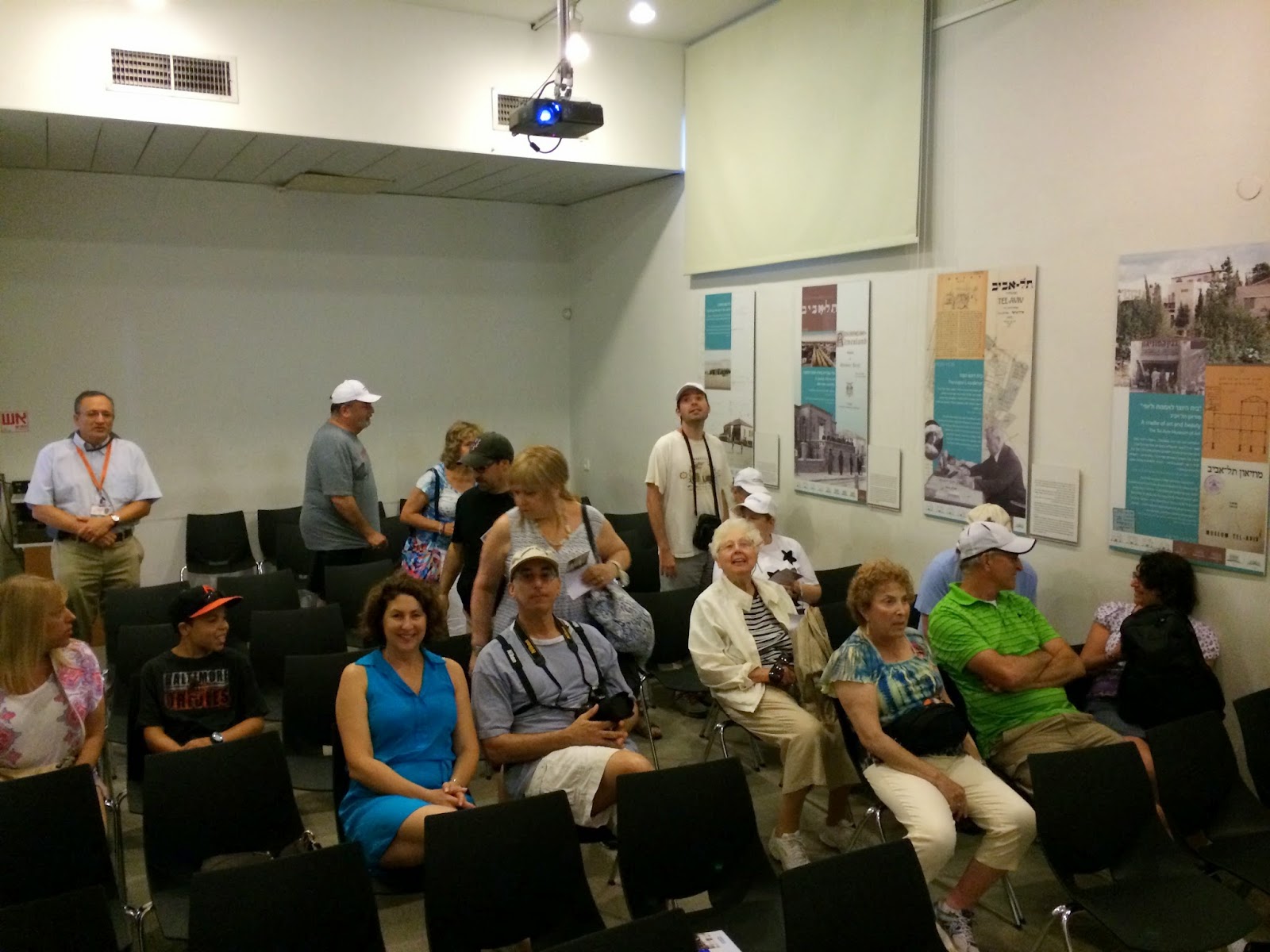 When we entered the Hall at about 9:00 a.m., the news was telling us that there was a cease fire agreed upon.  Our "Red Alert," "Y-net," and "Ha-aretz" I-Phone apps all buzzed to tell us that a final missile had been fired in the south from Gaza at 8:57.  We enjoyed that idea for about an hour, until it became clear that Hamas had no intention to honor a cease fire.  Instead, they enjoyed the Israeli quiet and fired dozens of missiles in a barrage into Israel once again.

...we entered the hall were David Ben Gurion pronounced the State of Israel on Friday afternoon, May 14, 1948. We heard a recording of the actual pronouncement, and stood for HaTikvah. 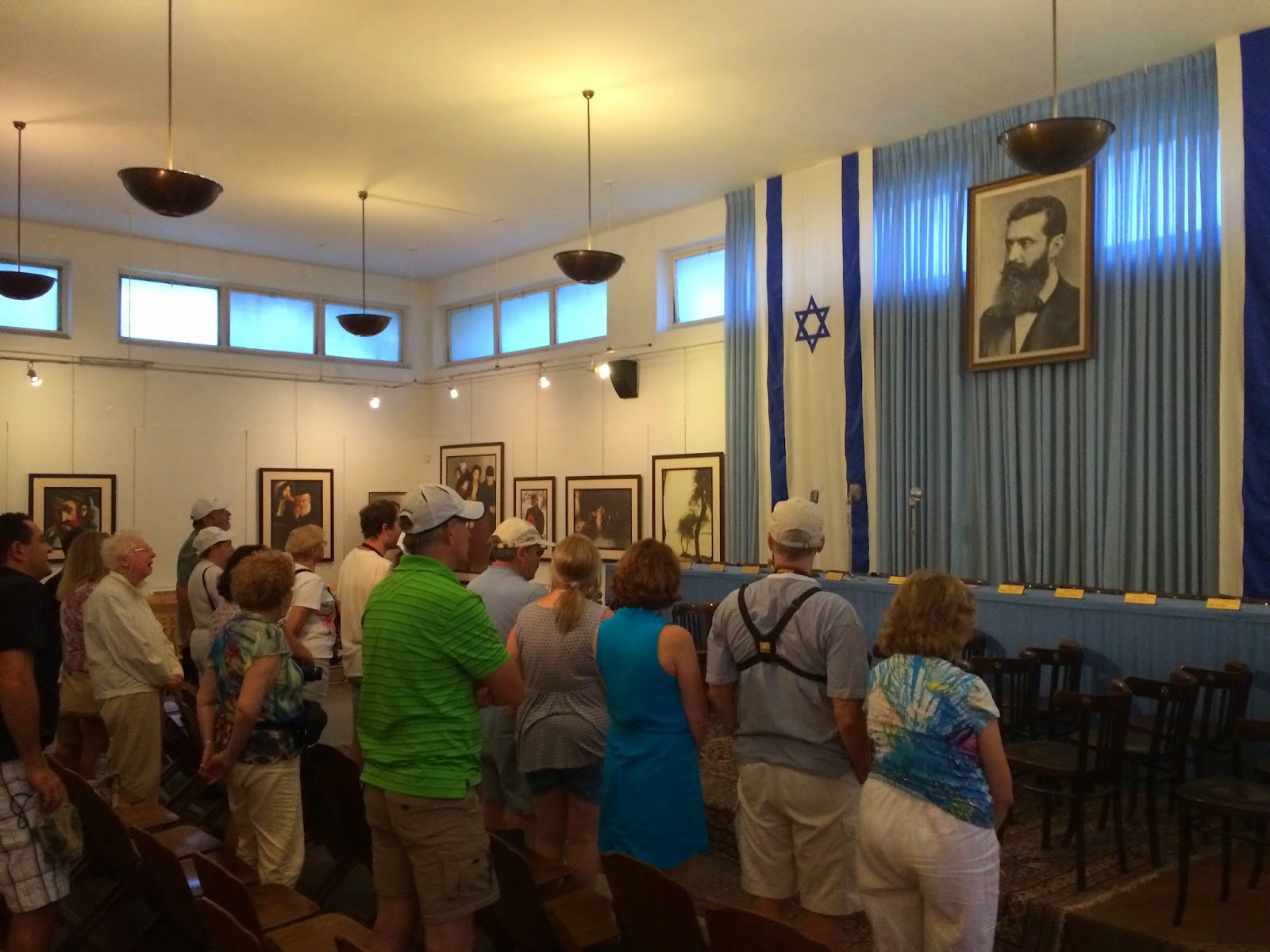 From there we went to Kikar Rabin, the open park where Yitzhak Rabin, z"l, was assassinated by an Israeli extremist opposed to the peace process. 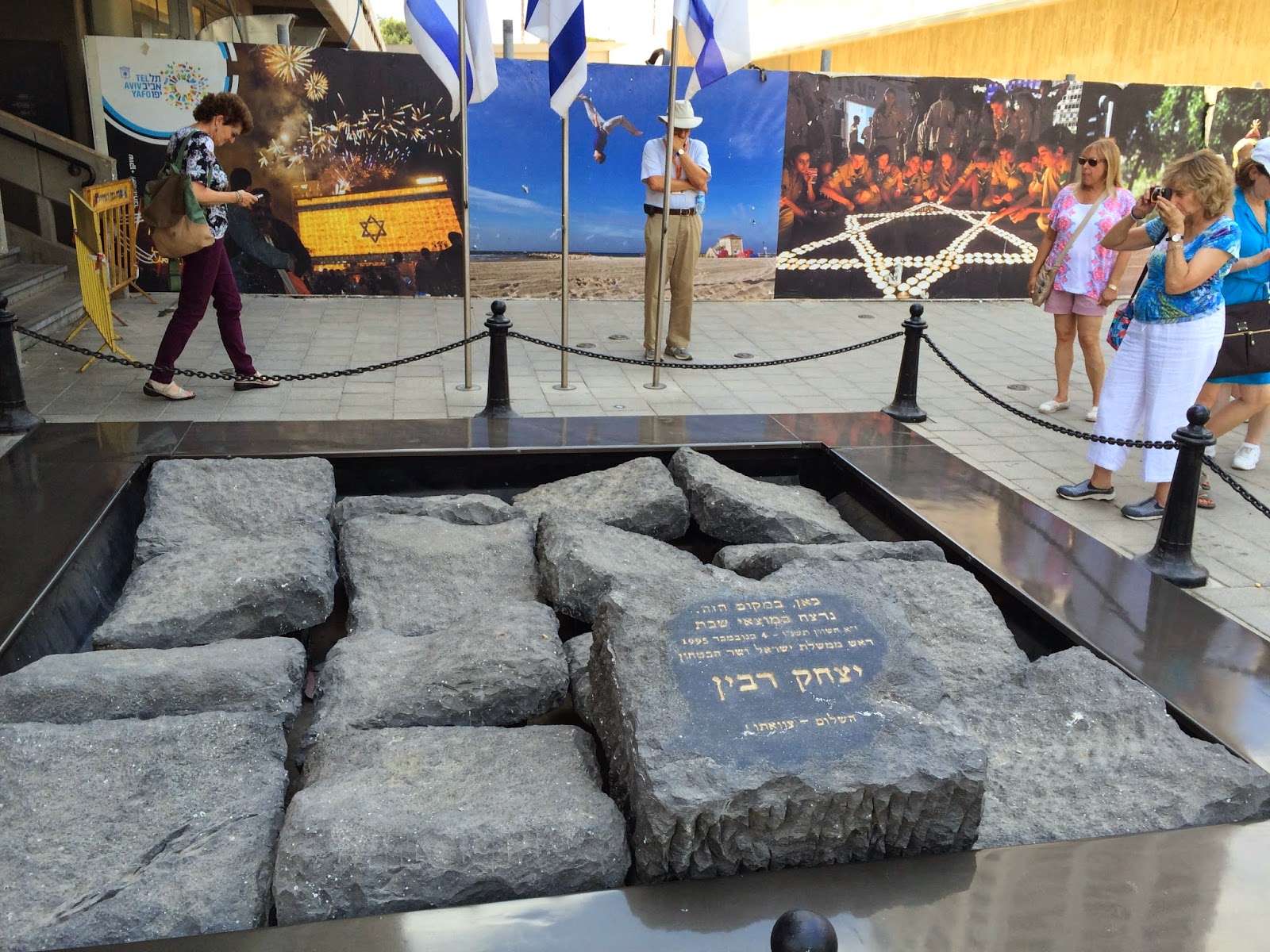 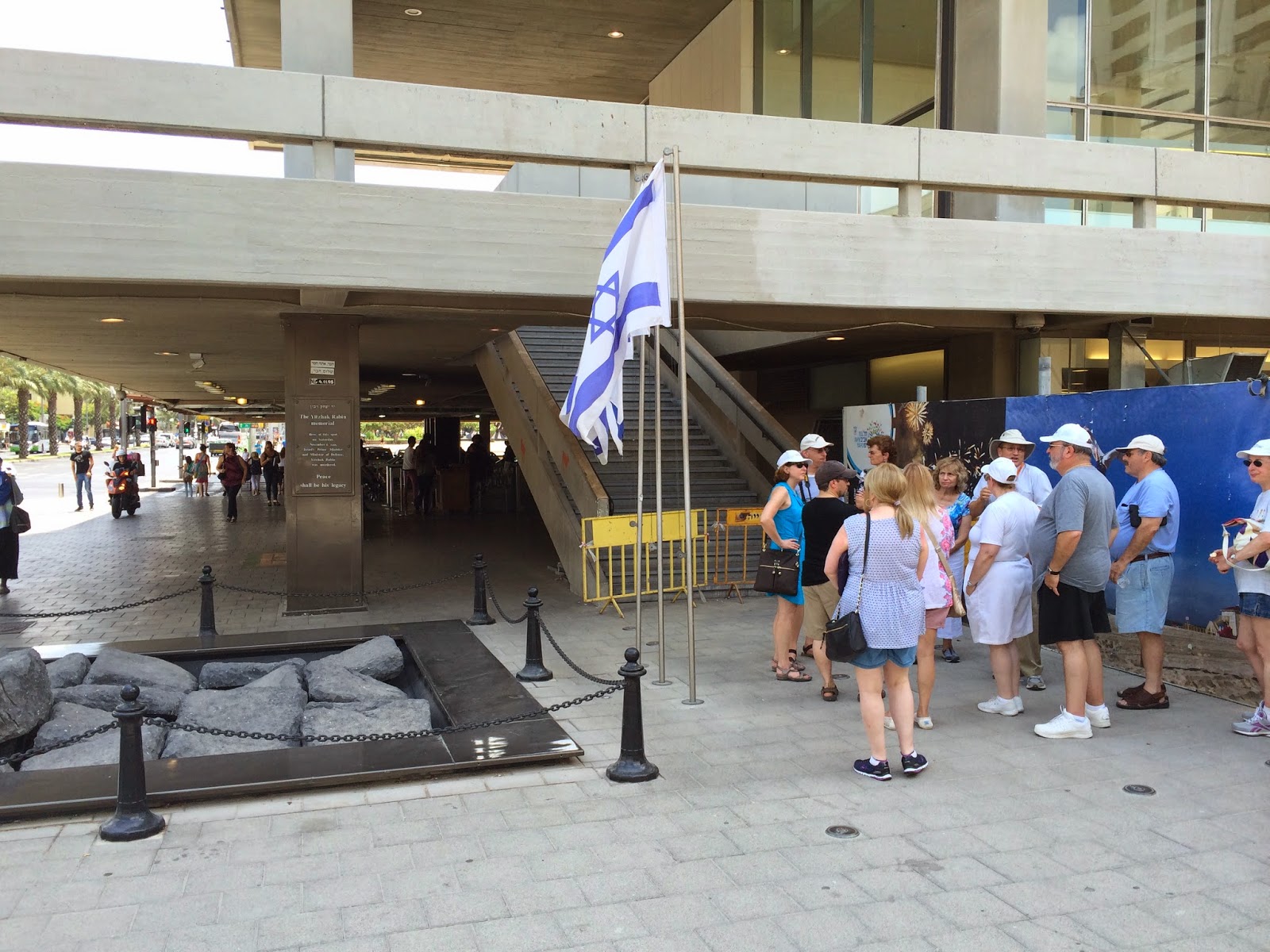 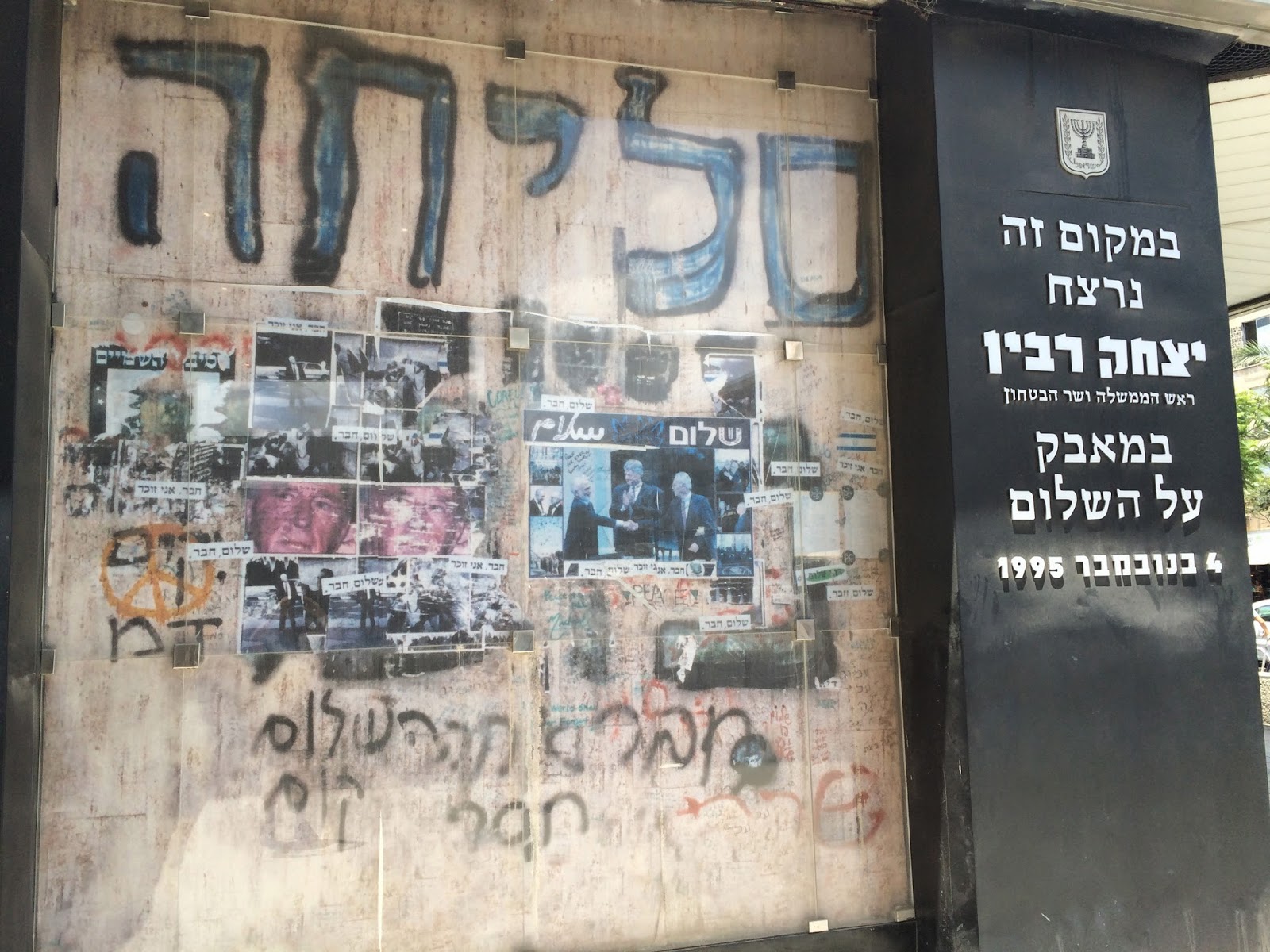 From there we needed a dose of living modern Tel Aviv, so we went to Nahalat Binyamin and the Carmel Market.  Here we tangibly supported Israel with a fair dose of tourist spending!  The Carmel market has everything from artist colony jewelry and art, to fresh fruit and open air music.  Well worth the trip for any visitor. 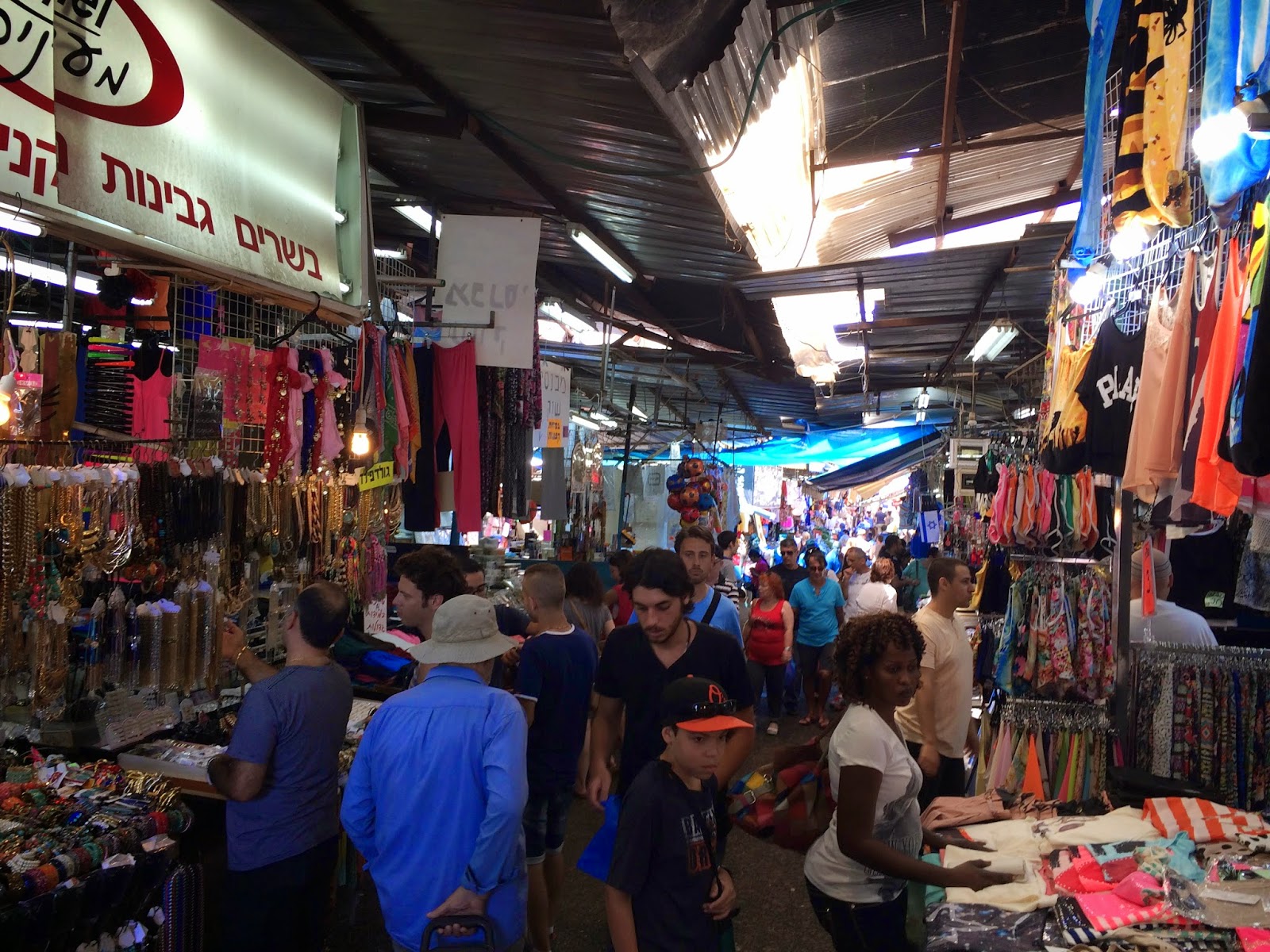 Sundries of all sorts 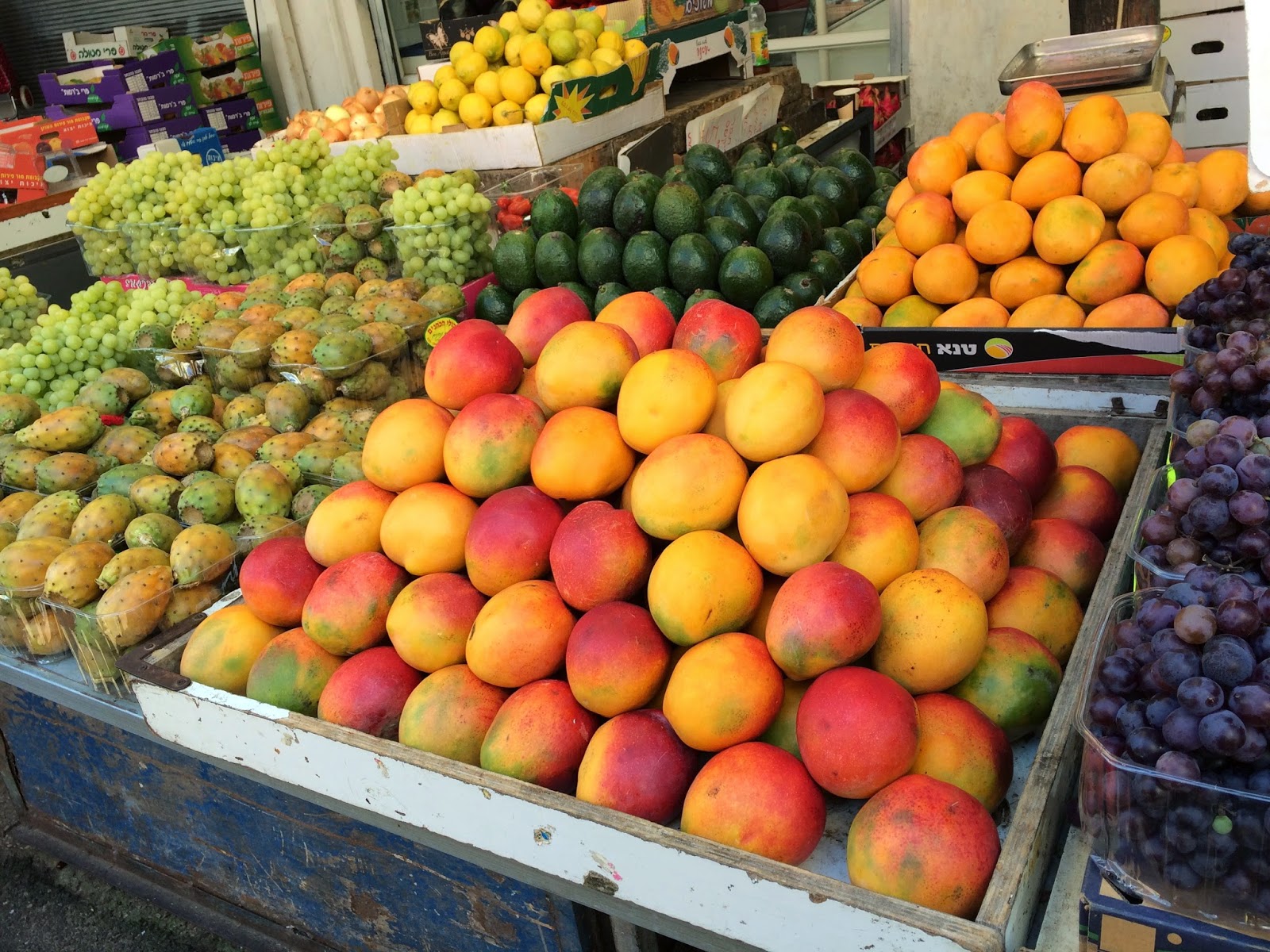 And the freshest fruits and spices you would ever hope for!

After supporting the Israeli economy in the market, we made one last touring stop at the Palmach museum.  The Palmach began under the British mandate as a resistance movement, but eventually was absorbed into the regular army in the war for Independence in 1948. 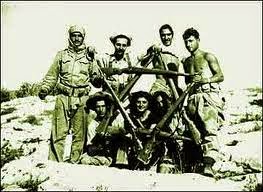 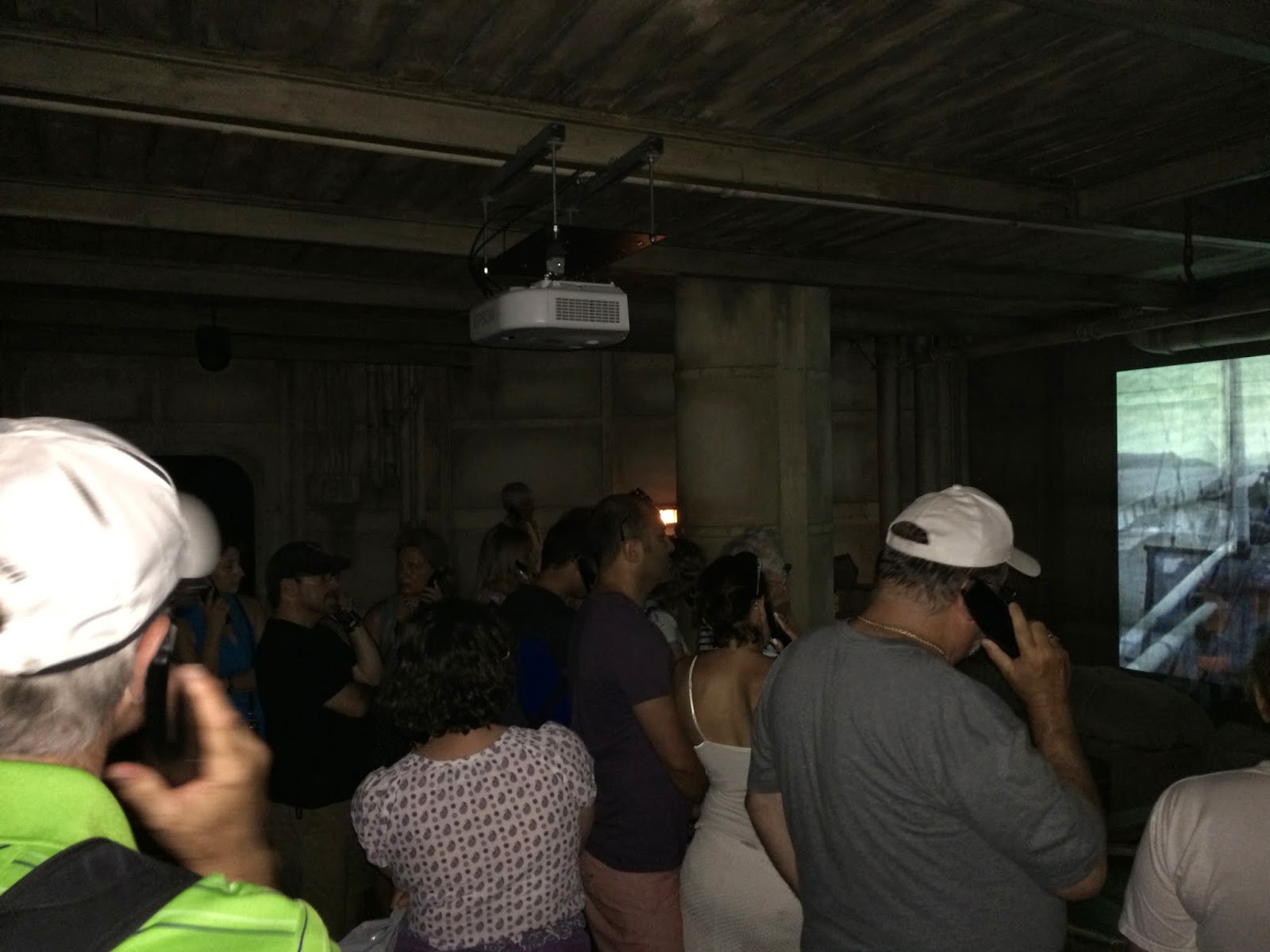 The "War for Independence" is poorly named, as Independence was granted freely by the United Kingdom and the United Nations, who were the legitimate authorities at the time. Ever since, Israel has fought for its existence, not its independence.  There is no real war any more with the neighbors, as Egypt and Jordan are invested in peace, and Syria and Lebanon have their own worries.

The current situation is about Tel Aviv, not the territories.  The West Bank and the Palestinian authority have not joined Hamas' private war out of Gaza.  Israel joined a cease fire effort and the Hamas announced clearly that they are not interested "as long as we are occupied."  Since there are no occupiers in the Gaza Strip, and the Palestinian Authority is willing to talk, Hamas is clear that it is the existence of any Jewish state at all that is the problem in their eyes.  Theirs is the 1948 war, still raging.

None of the missiles came near us in Tel Aviv until the late afternoon when we were back in the hotel... we spent 10 minutes in the shelter, heard two big booms from Iron Dome destroying the incoming missiles, and back to our rooms to watch t.v. until dinner.  Just another day.

I am proud of my tour, of my people, and of Israel. We behaved like Israelis while we were here.  We kept on. We did not cancel or run. We avoided the places that the army did not want us to go to.  We stayed the course, experienced reality, and saw some of the most informative and inspiring sites in the land. We made real friendships with genuine Israelis in Arad, and have sealed our sister congregation relationship with a warm hug and  a promise of return.

I could not ask more of Israel, or more of B'nai Shalom, at this difficult but important time. This was a trip to remember for all our lives, but even more it is a trip to inspire us to come back to B'nai Shalom ready to work for Shira Hadasha and for Israel.

One last walk on the sea shore, one last schwarma, one last breakfast buffet... and off to Ben Gurion airport for our return. 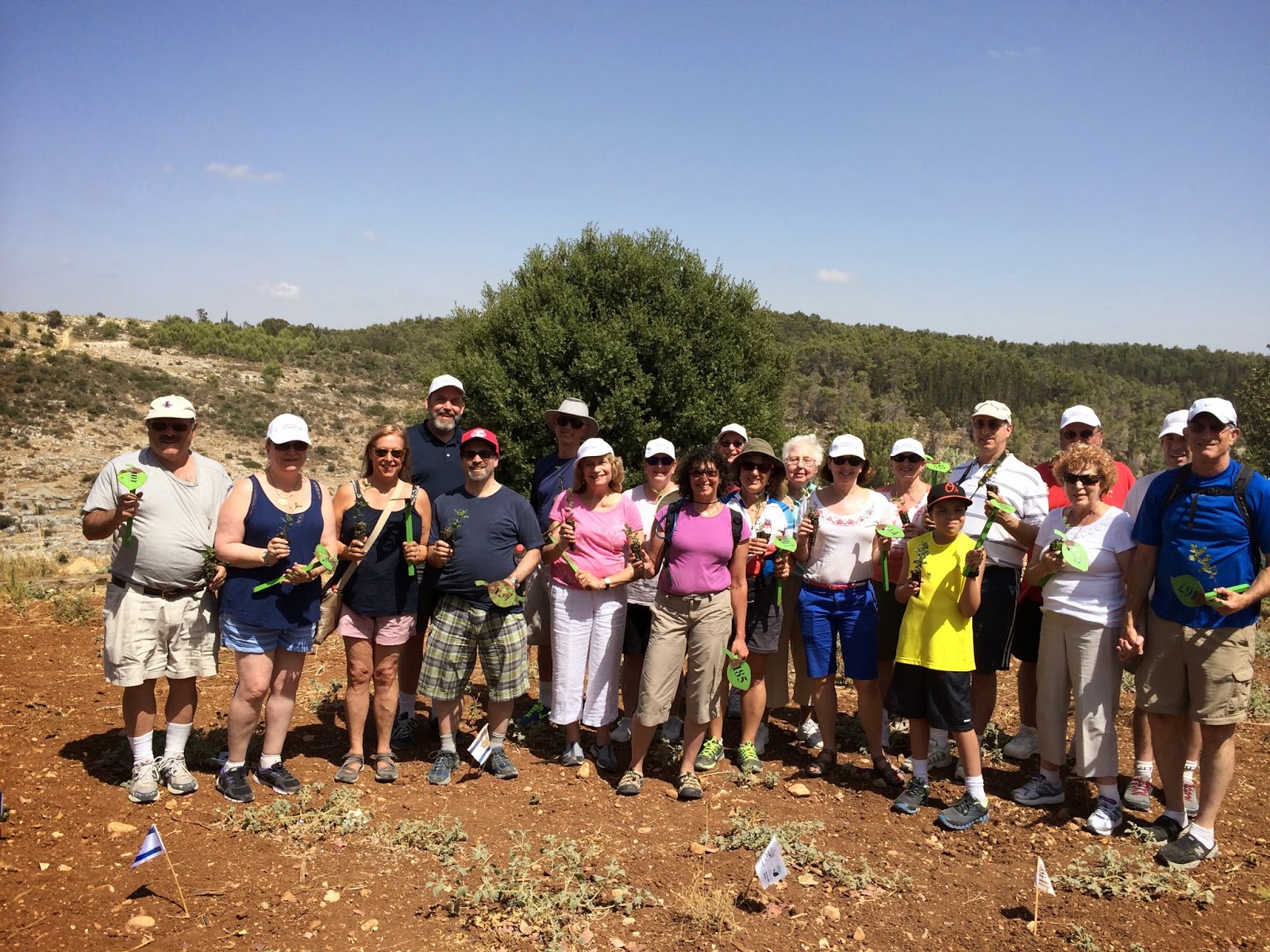 Peace in our Day,

Posted by Reasonable Judaism at 11:46 AM